How I Write for Terranova

Tonight, I'd like to talk a little bit about how I write. I was inspired to do this by a friend who saw Matt and my session on Interactive Fiction and How to Write It at Pajama Con in early May and asked, "I wish you'd gone into more detail about how to build flow—how do you limit the choices to keep it manageable while giving people the freedom to express themselves?"

It's a good question, and one I didn't have the time to respond to in full, so I decided to make my answer a Terranova devlog and share it everyone! Warning: this is not a manual—just my own process of how I write and how I think about writing. I hope you find it helpful to writing your own interactive fiction!

Thoughts on agency versus story

In interactive fiction, the reader (or player) must have some kind of agency, or an illusion of agency. Typically, this is given in the form of choices, but it can also be given in the form of say, a text box where you type. I'm personally more used to multiple choices, so the examples I give will be for these.

I think of agency and story as two extreme ends of a spectrum. Think of it like the original classic Jurassic Park jeeps. To show the visitors the best of all the dinosaurs, they were literally on rails which meant that all riders were taken on a  set path and couldn't explore the park. Though boring for the visitors, this was a safe way to explore the park. 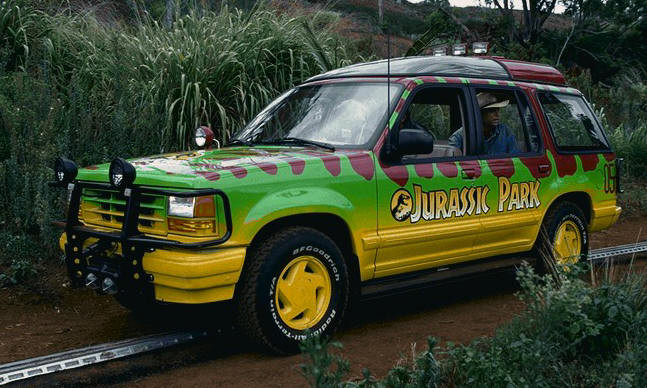 Pictured: A safe and boring way to enjoy dinosaurs.

However, when the Jeeps  went off the rails the riders found themselves active explorers in the park—affecting the dinosaurs and being eaten by them. 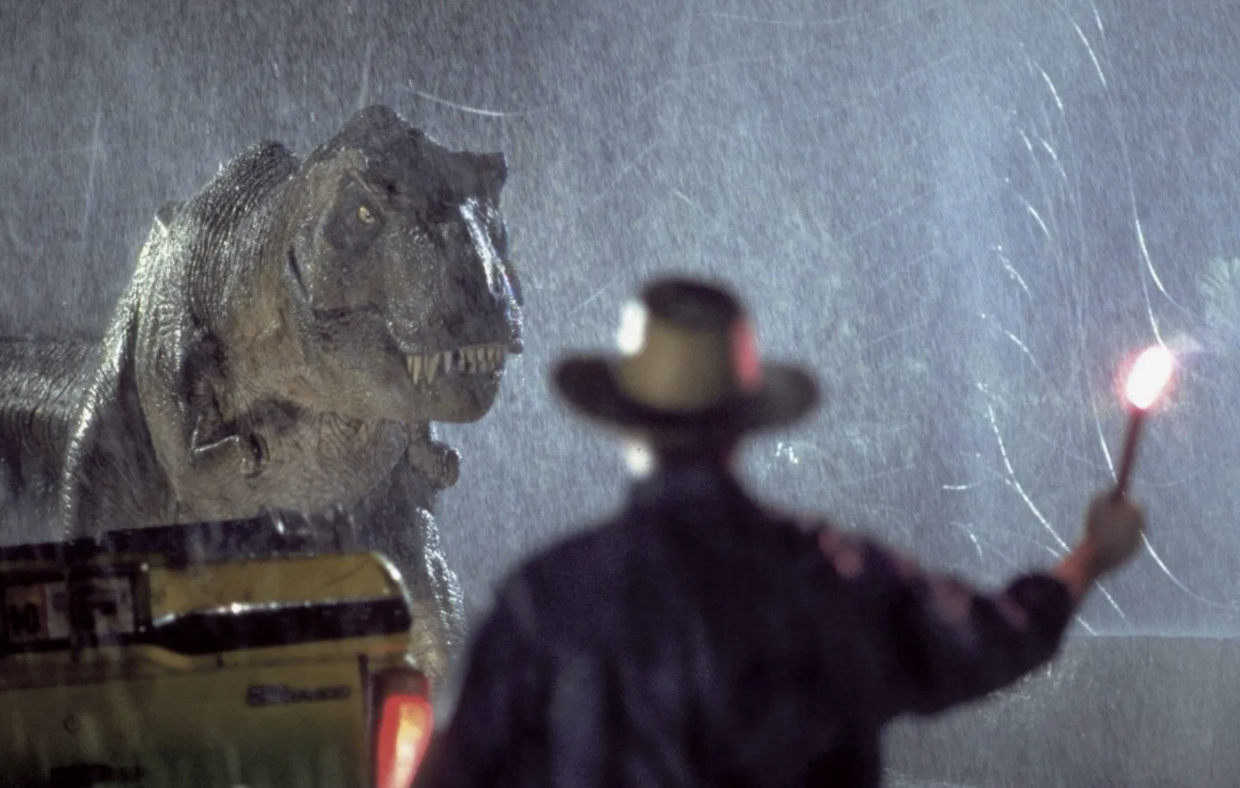 Pictured: an exciting yet dangerous way to enjoy dinosaurs.

So, do I want to tell a cohesive story more, or give players more choice?

When we first started thinking about Terranova, and even in development we talk a lot about agency and story. Currently, the game has three different planned endings and you will have to make choices between having the full story revealed to you over say, being a good friend. We have a general idea of where Terranova lands on the spectrum, and it's somewhere in the middle, leaning towards "Jeep on rails."

It's a conscious choice we made, and I recommend to other game devs and writers to decide where on the spectrum your game lies. If you make a conscious choice in the beginning it's much easier to justify design decisions rather than being swayed by opinions or what are new trends.

Thoughts on writing for multiple endings

There's no possible way for me to keep track of multiple endings simultaneously while I'm writing, so I go through one pass of the story (exposition --> rising action --> climax --> falling action --> denouement) in its entirety first before writing the other endings. In Terranova's case, I plotted out, start to finish, what should be happening in each of these sections and what each of the actors are doing. I try not to get too attached the result, because if it's one of many endings, it's likely that there won't be a "canonical" or "true" ending. I then went through and asked:

In the case of significance, we want some choices in Terranova to be hard to make. Perhaps forcing a choice when the player wants to pick both, or knowing what the right answer is in that situation but desperately wanting to pick the other choice.

These questions help me figure out where to branch, and from one storyline can become two, and so on and so forth, depending on how much agency I want to give the player overall.

Here's an example of the branching technique for a short, five-minute game that has four endings (done in Twine). Notice that while the game still doesn't give the player much agency, it still reads as an interactive fiction because it has parts in it that diverge from the main plot.

Post-its are my friend

The last thought I have on writing flow in Terranova is that we're handling six different stories at the same time—your friends, Cherry, Sendaria and EphemeralSmile's blogs as well as the characters they control in the roleplay (Dominique, Hikaru and Isaiah). The player is Tourmaline, and though they have control over what they say in their blog, there are some posts that follow up a player post "written" by Tourmaline or Eytan for flavor. So, technically I'm managing eight simultaneous stories.

How do I keep them organized?

So, so many post-its. 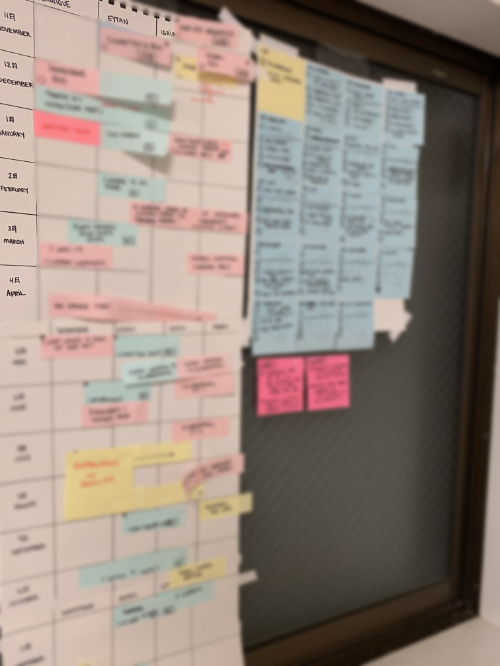 Blurred because you have to play to find out what happens! ;)

What you're looking at here is an outline for Terranova, all on post-its. The long piece of paper is the writing for the roleplay of Terranova, and the short piece of paper is for individual character's blog posts. They're both plotted out on a monthly timeline, which shows which months these posts take place and color-coded as to whether the player has agency to affect the posts (blue) or the system generates the post-its (yellow and pink). This helps me follow storylines in the character's lives as it relates to the roleplay, and how each reflects back onto the other.

The beauty of post-its is that when the writing changes directions, the outline can adjust by moving the post-its or changing colors. We've adjusted this board multiple times already and use it as a center point for our discussions around story.

It also serves as a good reminder of how much writing I've done and how much more there is yet to do! I'll make marks on stories I've done, stories that have yet to be edited, and stories that are in the game. It's very helpful to have a "living document" that I constantly look at while I'm writing.

And that's my overall process on how I balance agency with story, decide where to branch the story points and, once I have multiple stories, how I keep track of them all.

I hope this has been helpful to those of you interested in writing your own interactive fiction. I'm curious if any other game devs out there have different styles of keeping track of story plots that they'd like to share!

If you haven't already, check out our Discord where we're talking game feedback and design.